See more of our plants

Our Guide to Growing French Lavender

How to plant and maintain French Lavender (Lavandula stoechas)

Created by the team here at DIY Gardening

Welcome to another entry in the Our Plants section of the DIY Gardening website!

We love growing French Lavender and have several of these shrubs in our garden, all of them grown from cuttings.

On this page we’ll cover:

Why We Chose French Lavender For Our Garden

We chose Lavender for several reasons:

You’ll find there are some important differences between the more common English Lavender and its French counterpart.

English Lavender has a stronger aroma and is often grown commercially for its oil. It also blooms slightly later and grows taller and wider than French Lavender, it’s also hardier and more likely to survive a harsh frost.

French Lavender, which grows up to 60cm high and 40cm wide is more compact but does bloom earlier. French lavender is perfect for sunny areas sheltered from frosts and winds, it also performs well in pots and troughs where it can be moved to a more protected area of the garden for the winter.

You can expect French Lavender to live for between 5 and 10 years while the English shrub has been known to live for over 20 years.

There are also a few visual differences between the two Lavenders, most notably the head: 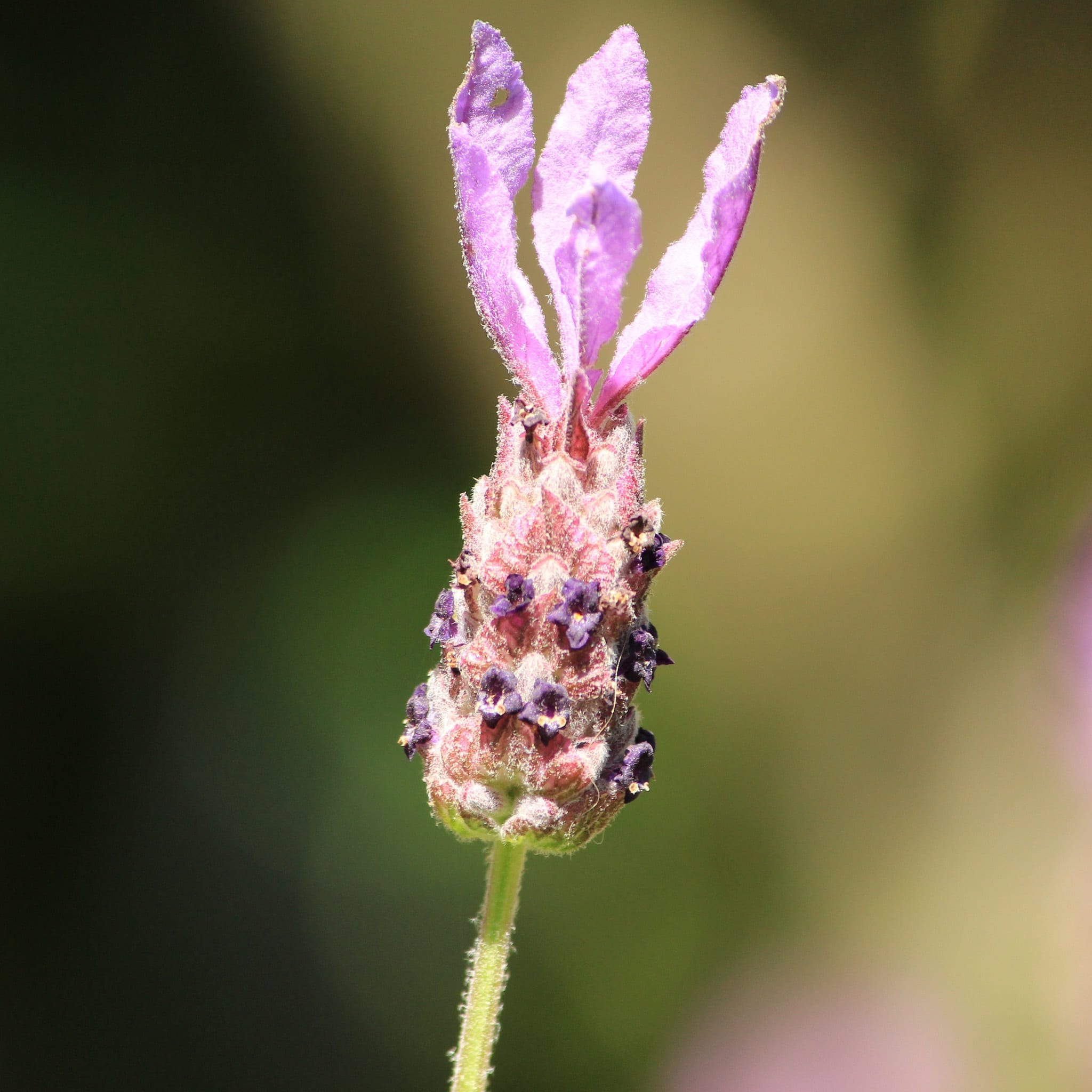 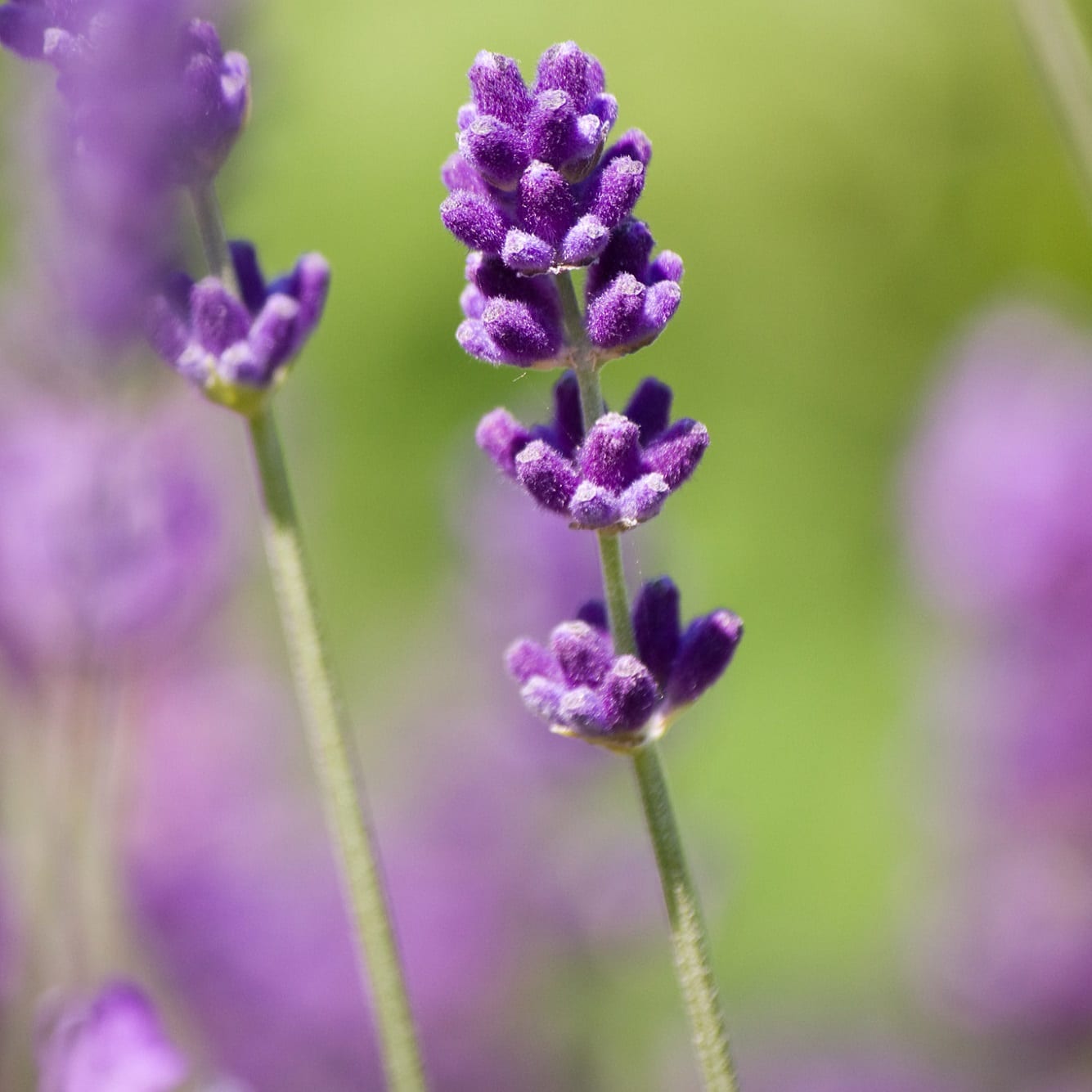 All Lavenders should be planted in well-drained soil in a very sunny spot, so avoid cold, damp areas of the garden.

French Lavender isn’t as hardy as other Lavenders so should be grown in the location least likely to experience harsh frosts.

We suggest pots, containers, troughs, next to elevated paths or steps or within raised flowerbeds.

Lavender is very drought tolerant but problems can occur when overwatered, so keep away from plants that need daily summer watering. 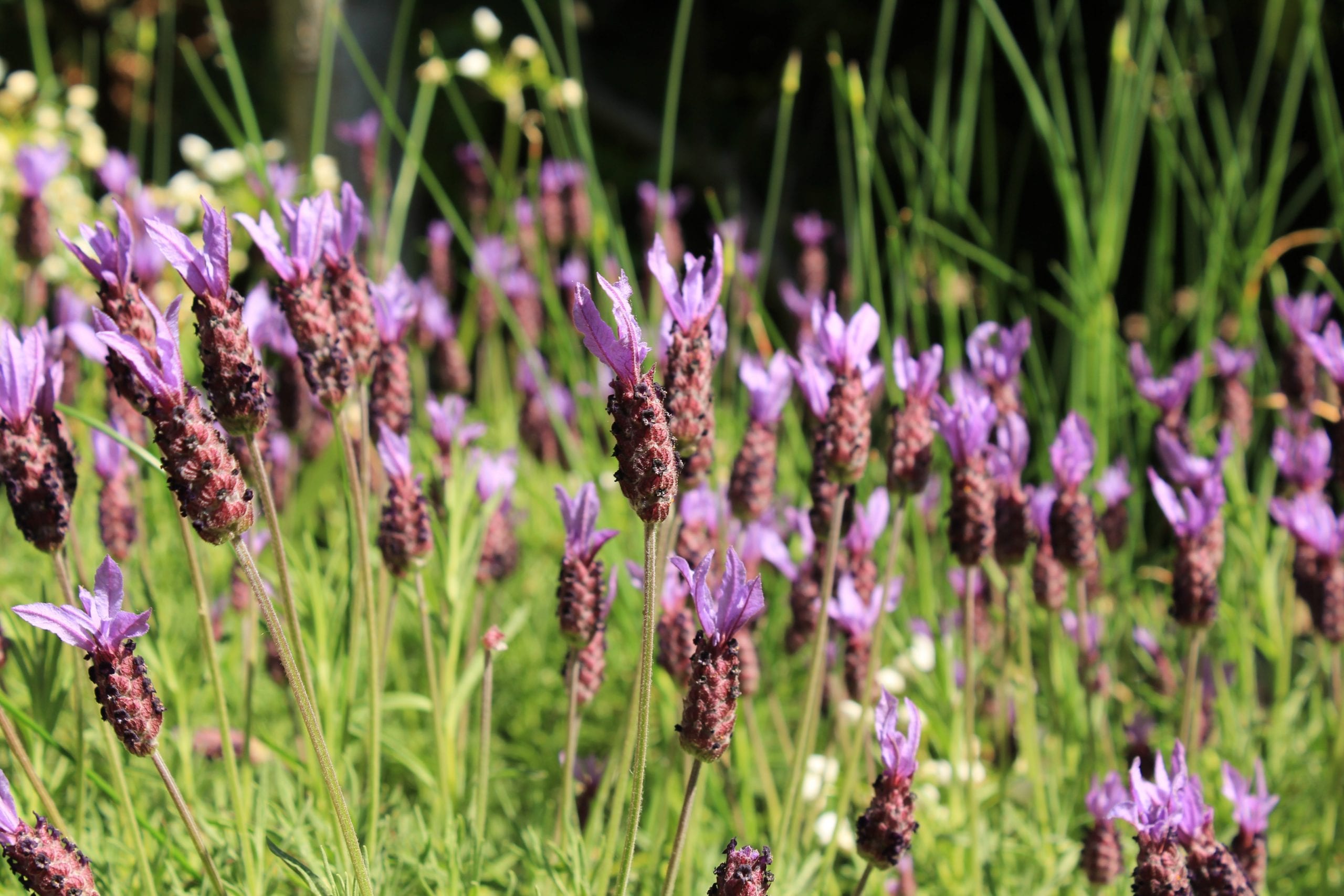 How to Plant French Lavender

The best time to plant any Lavender is in spring, just as the soil begins to warm up. Avoid planting in winter or too early in spring before the last frosts.

There’s no need to add manure or heavy nutrient-rich composts.

You can mix grit, gravel or even coconut coir to the surrounding soil to aid drainage if you wish.

For French Lavender grown in containers, mix 75% compost with 25% grit and perlite and make sure the container has large holes at the base and is preferably raised off the floor slightly.

After planting, French Lavender should be watered to help the roots establish but don’t allow the soil to become waterlogged.

Once established and growing well, watering should be reduced, so the soil is allowed to dry out between each watering. We’ve found that in heatwaves, the Lavender may need the occasional weekly watering at most. Otherwise, they require little water beyond rainfall.

You can deadhead Lavender throughout the summer to encourage new growth, which forks from a set of buds several inches below the bract.

Pruning is another matter altogether and there are some big differences between how you prune English and French Lavenders. 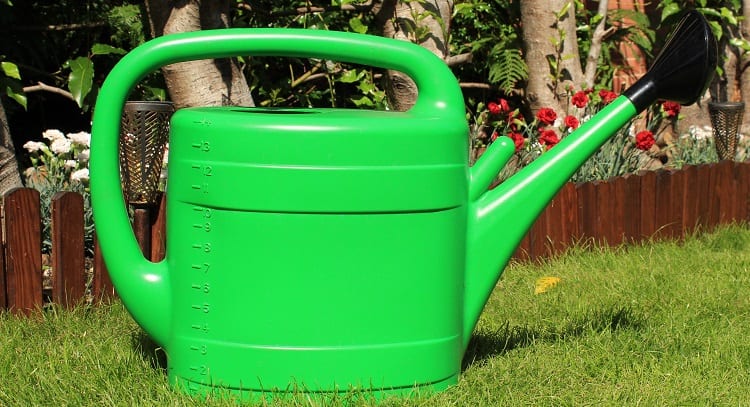 How to Prune French Lavender

While English Lavender is hardy and can be pruned aggressively (down to just above the woody section) after the flowers have faded in Autumn, the French variety is far more sensitive and should be pruned with more care.

Wait until the flowers have faded, and then in Autumn, trim back between half and two-thirds of the current year’s growth, don’t cut into the woody stems as they may not recover.

You can trim French Lavender again in April to improve its shape but do so after the last frosts.

Should you cut down into the woody stems of Lavender?

Nearly every website you visit will likely say no, as this will kill the plant, but it can benefit old leggy English Lavenders. We do not recommend this level of pruning for French Lavenders.

Read more: How to deadhead and prune Lavender.

How and When to Take Cuttings

Semi ripe cuttings can be taken from non-flowering stems in the summer and propagated in a good, well-drained potting mix.

Discover how to make the perfect DIY potting mix here.

As this Lavender is less hardy than its English cousin and has a shorter life expectancy, we recommend you take cuttings each year to replace any lost during harsh winters.

Taking cuttings from Lavender is incredibly easy and the success rate is very high. There’s no need for special treatment, other than to keep the soil well-drained. Also, established Lavender will produce plenty of suitable stems for propagating.

Here are our top ten tips for growing French Lavender, we’ve kept each one short and to the point:

Grow French Lavender in free-draining soil. You can add gravel, coconut coir or other material to improve the drainage of compacted soil.

French Lavender will perform best in a very sunny spot, ideally with at least 6 hours of sunshine per summer day. Avoid shaded areas of the garden.

Lavenders don’t need rich compost or excess fertilization. Too much fertiliser can make them grow leggy and woody which shortens their life expectancy.

All plants need water but established Lavenders thrive in dry soil so only water when it’s really dry and don’t allow the soil to stay moist as lavenders may struggle.

Choose companion plants that don’t require much water. Excess water in the soil isn’t good for Lavenders, nearby plants should have similar watering requirements.

French lavender blooms earlier than the English variety, mix them together in the garden if you want to see colour from spring to the end of summer.

Live in an area prone to hard winter frosts? Choose the more hardy English Lavender or grow French Lavender in pots that can be relocated during the winter.

French Lavender lives for around 5 years but you can dig up and split French Lavender every 3-5 years or easily propagate from semi-ripe cuttings taken from established plants in the summer.

Deadhead throughout the growing season to encourage new growth and prune 1/3 to 1/2 of the current year’s growth in autumn, well before the first frosts. You can prune in the spring but do so after the last frosts.

If you’re new to growing Lavender, we recommend starting with the English variety which lives longer, is more hardy and forgiving, grows taller, wider and is more fragrant.

Have a small garden or balcony? Try growing French Lavender in containers and relocate somewhere away from the frosts during the winter.

Don’t be afraid to experiment with different Lavenders in different locations, just take cuttings in case anything goes wrong and you lose a plant ;-).

The “Our Plants” corner of our site contains everything you need to know about the plants the DIY Gardening team is currently growing in our gardens. Start here

Dianthus makes for a great Lavender companion plant in any garden. Discover how to grow Dianthus with tons of blooms from spring to Autumn. Start here