How to Get Rid of a Bees’ Nest

A practical and ethical guide

Hello and welcome to DIY Gardening’s guide to removing or getting rid of bee nests.

My name is Daniel Woodley, and I spent 17 years working in the construction industry refurbishing old properties.

I would frequently come across wasp and bee nests as part of my work and unfortunately, I had to remove them so the construction project could proceed.

Bees and wasps often build nests in the most unusual of places, from in trees, to behind sheds and even in lofts, I’ve seen them all and here I’ll show you how to deal with bee nests.

Confirm it Isn’t a Wasp Nest

Your first step is to confirm that the nest is a bees’ nest and not wasps.

Not sure what to look for?

Here are a few photos of bees and wasps. 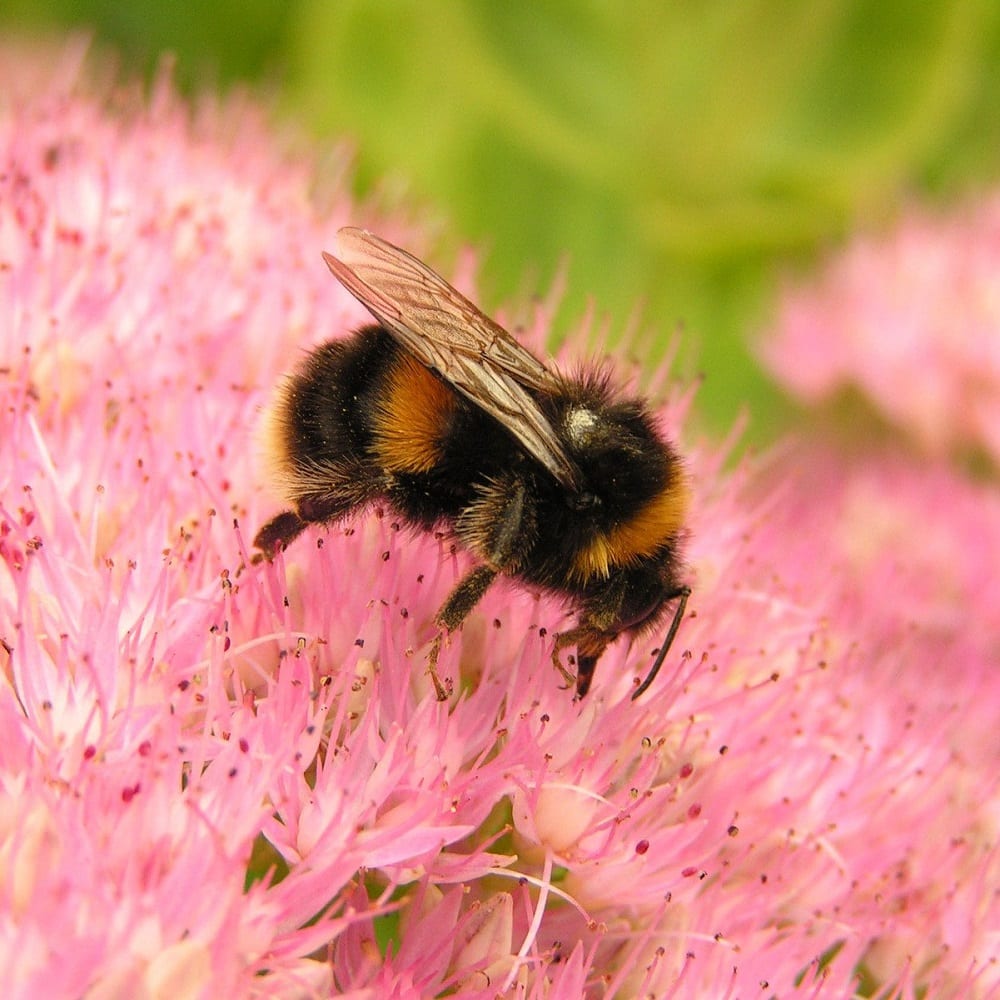 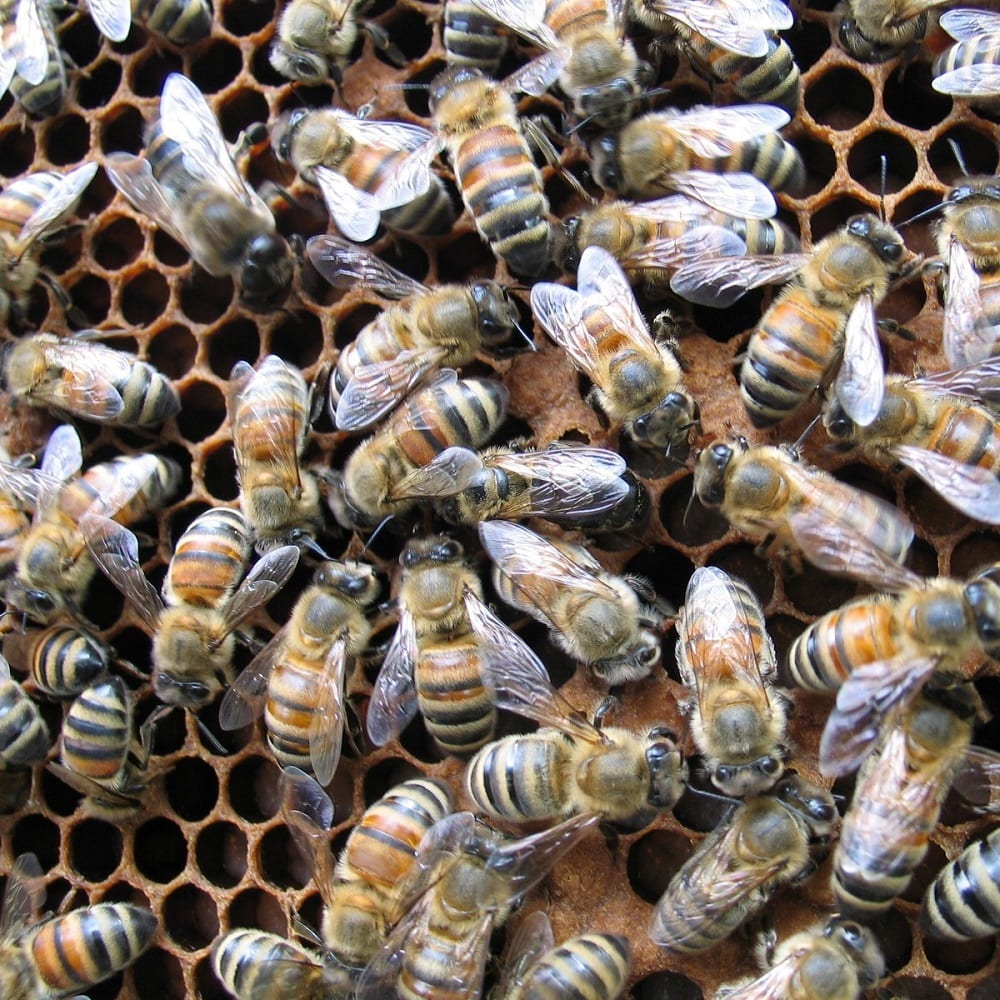 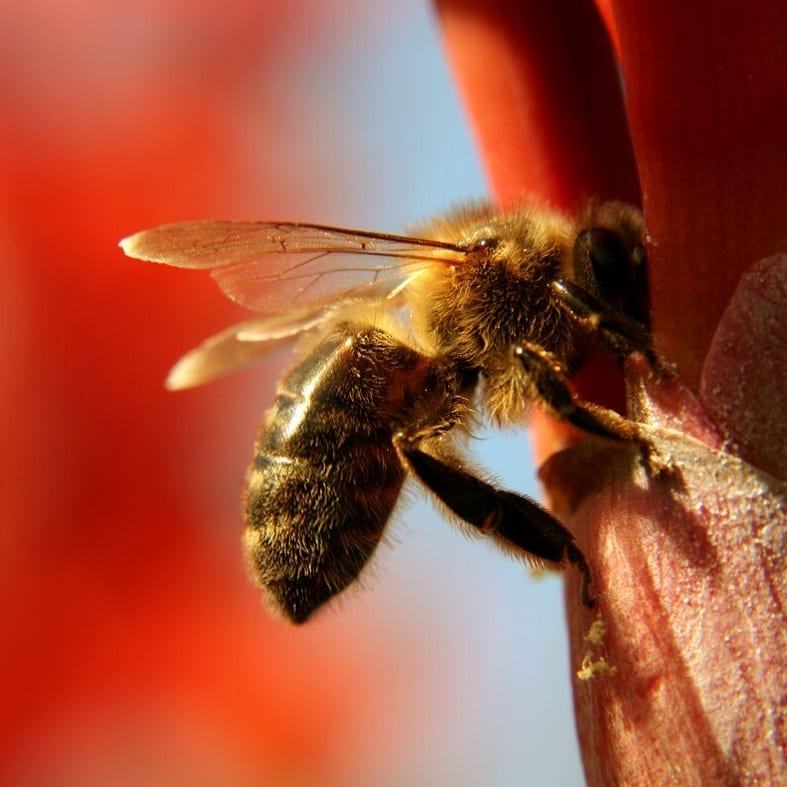 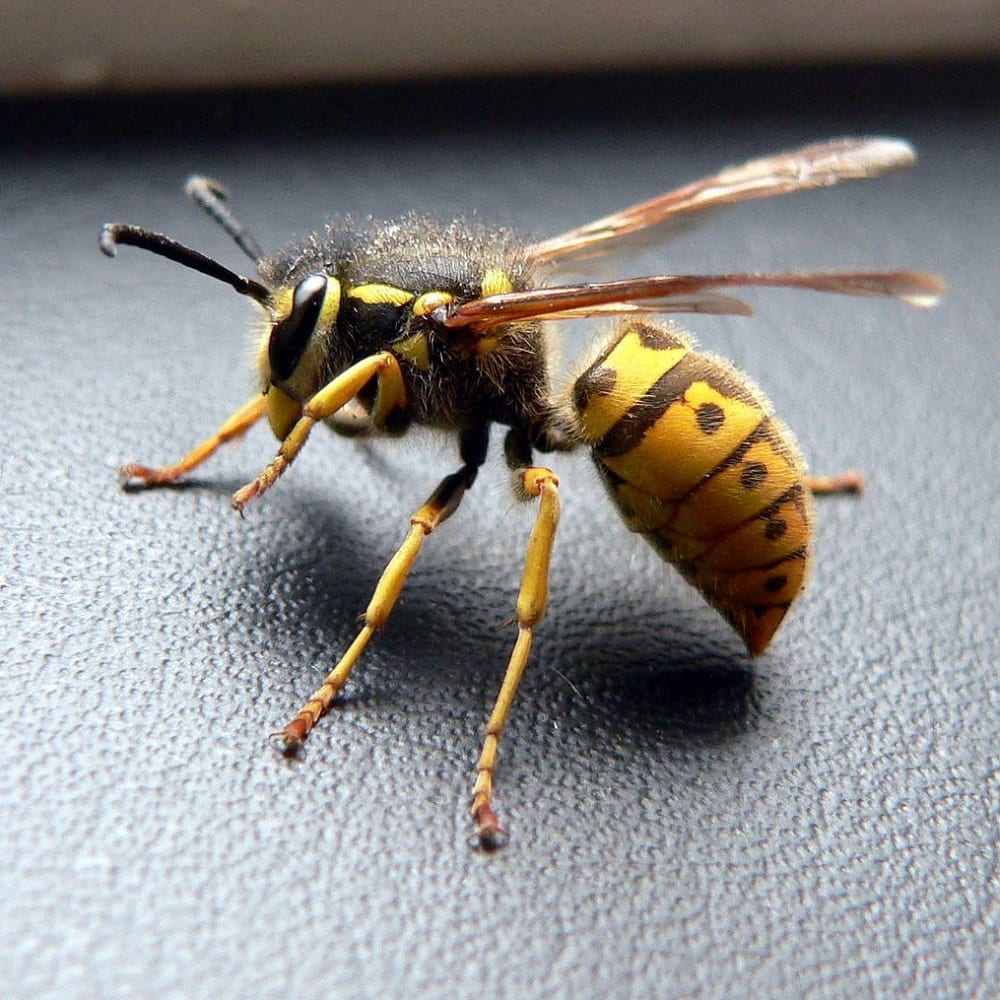 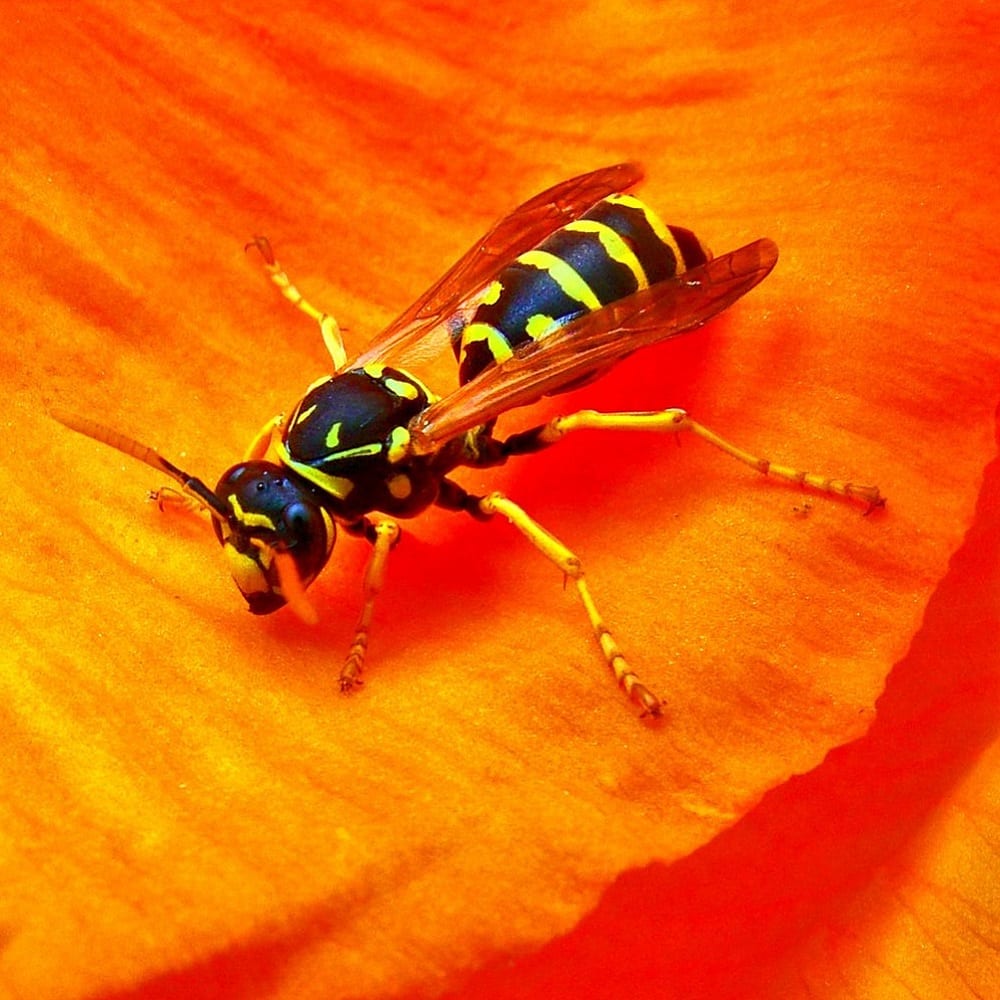 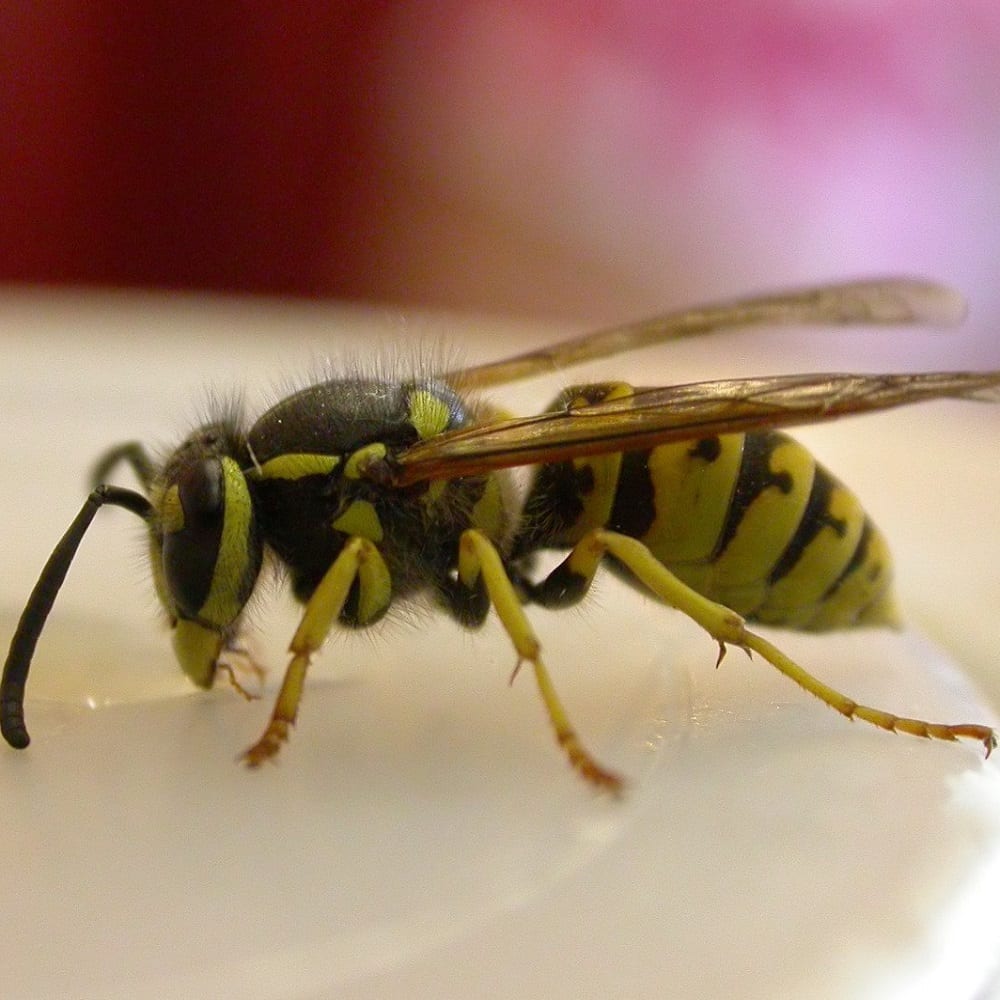 If you believe you have a wasp nest on your property, read our guide to getting rid of wasps.

Watch How This Bee Swarm is Removed

The video below shows a beekeeper removing a swarm of bees, the process of removing a nest is similar.

It’s worth noting that these are rather docile honey bees, not all bees are this friendly!

Legal and Ethical Status of Bees

The bee population in the UK and the world is in decline, and as these insects are crucial for pollinating, gardeners are encouraged to do more to attract them.

In fact, we recently updated our guide to attracting bees which includes a list of plants that bees love plus lots more helpful information.

Read: How gardeners can prevent the bee apocalypse.

Despite the importance of bees, they are not a protected species in the UK and can be legally killed, although the unnecessary killing of bees and the destruction of their nests is widely considered unethical and is frowned upon.

Can You Leave the Nest Alone?

Ideally, bee nests should be left alone, and when the bees migrate late in the year, any access points should be sealed to stop them from returning the following year.

Unfortunately, there are situations when leaving the nest alone isn’t an option:

Unsafe Location: Bees won’t attack humans unless they are threatened, but sometimes the nest is so close that their presence is an issue, such as a front door, a child’s room or near a fusebox etc.

Near Building Work: If you are having construction or significant renovation work carried out, any bee nests will first need to be removed as the vibrations and disturbance will trigger the bees and could cause them to attack.

Above a Ceiling: Bees often make their way into the loft and other voids, and if left to their own devices, the nests can become quite large. An old bee nest may seep honey onto the ceiling, which could leak into the home. The noise of the bees in the nest could also be an issue, so any nests above ceilings should be removed if possible.

If the nest is outside, for example behind a shed, up a tree or somewhere out of the way and harmless, it should be left alone.

Also, some species, such as bumblebees, will only nest for a few months before moving on and are generally not a threat to humans or property.

If you’ve discovered a bee’s nest in your garden or somewhere easily accessible on your property, find a local beekeeper and share photos of the nest and the area, they might be willing to pop along and relocate the nest for you.

The process is relatively simple; the beekeeper looks for the queen bee and takes her and the nest material away. The remaining bees will die off without the queen and the nest.

Once relocated, the queen will reestablish the nest.

This method is preferred as it’s ethical, and many beekeepers charge reasonable rates, with some even offering their services for free (i.e. for honeybees).

Bee nests indoors are often handled differently as some damage to the building may be inevitable and all bee nest removals should be carried out by professionals.

Bee nests in lofts can often only be removed by first cutting a hole in the roof and repairing it afterwards.

In the voids above ceilings, bee nests can often only be removed after a section of the plasterboard has been removed, and this will need to be repaired too.

In cavity walls, the bees may need to be sucked out with a special hoover and some bricks removed so the specialist can take out the honeycomb. Again, the wall would need to be repaired afterwards.

In most cases, bee nests indoors cost more to remove, and the price will depend on the results of a survey which will also suggest remedial works to stop the bees from coming back. This could be gap filling, brick pointing or similar works.

Eradicating a bee’s nest should be a last resort, and the chemicals widely available for the treatment of wasp nests aren’t nearly strong enough to treat bees and will likely trigger them into attacking you.

The only reliable way to safely eradicate a bee’s nest is to get a professional in as they will have the suitable chemicals and also the knowledge to stop them from coming back.

Tap the button below and fill in the form with details of your bee problem; local pest control experts will get in touch to discuss your options, which will probably include more ethical alternatives:

Find a Pest Control Expert Near You

You may find these resources insightful:

Honey bee removal advice by the experts at Swarm Catcher.

This guide to removiong a bee’s nest was created by Daniel Woodley here at DIY Gardening and was last updated on the 29th of May, 2022.

Daniel spent 17 years working in the construction and home renovation industries. He’s a keen amateur gardener who also manages a large residential landscape in addition to his own mid-size garden.

Explore More of Our Pest Control Guides Below:

Discover all of the pest control guides published here at DIY Gardening – protect your garden from cats, foxes, slugs, squirrels and other unwanted visitors. Start Here

See how you can easily stop squirrels stealing your bird food. Save yourself a fortune and encourage more birds into your garden. Start Here

How to Repel Cats From Your Garden

Learn how to deter and prevent pesky cats from entering your garden and property with our hints, tips and suggested products. Start Here

Meet the team behind DIY Gardening