The Best Daffodils For The UK

Buy Daffodils and Learn How to Get The Most From Them

Part of our Spring Flowering Plants guide: By Daniel Woodley at DIY Gardening

No other plant welcomes spring quite like daffodils; where there was once an empty border or plain grass, tall stems slowly poke through to reveal distinctive star-shaped golden petals.

Grow in borders, pots or even in lawns; daffodils are versatile rebloomers that will easily naturalise and come back year after year. 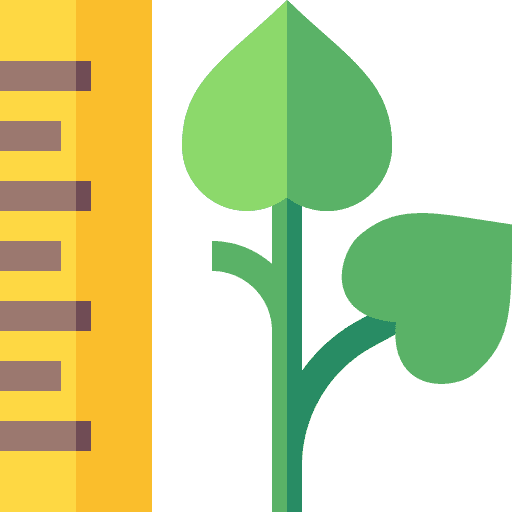 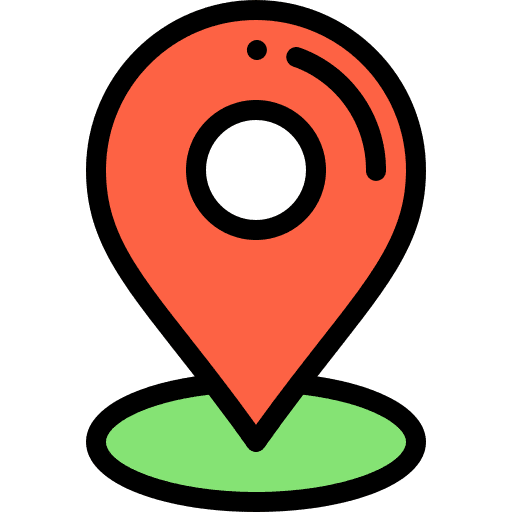 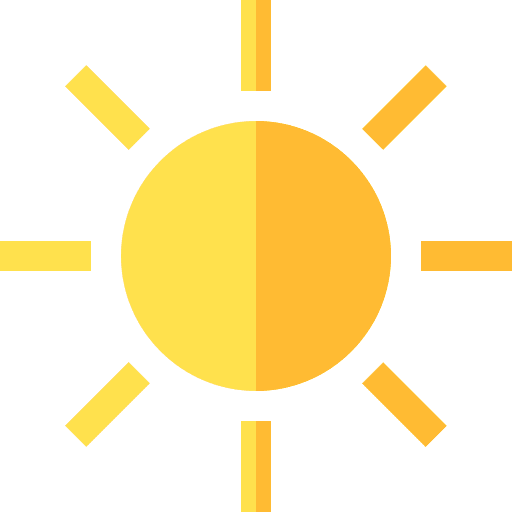 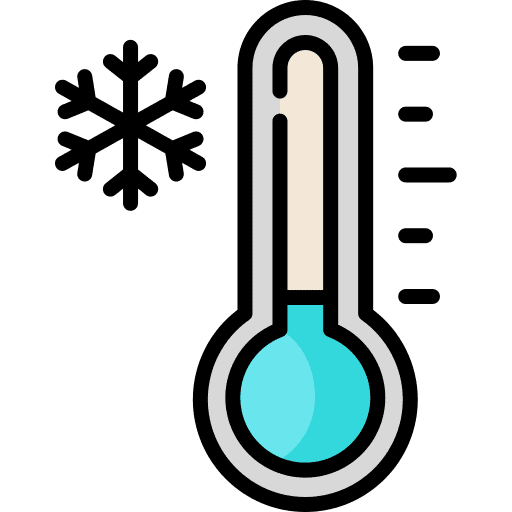 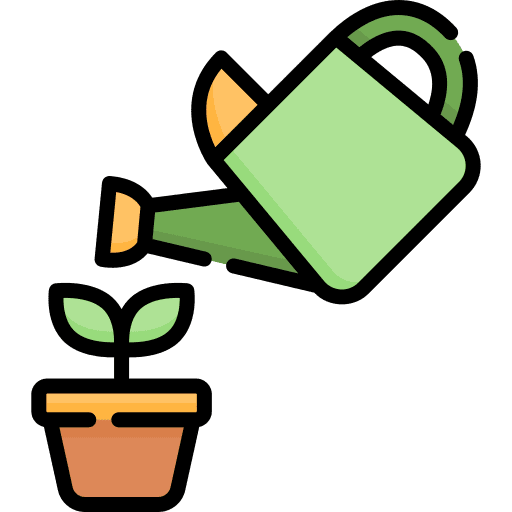 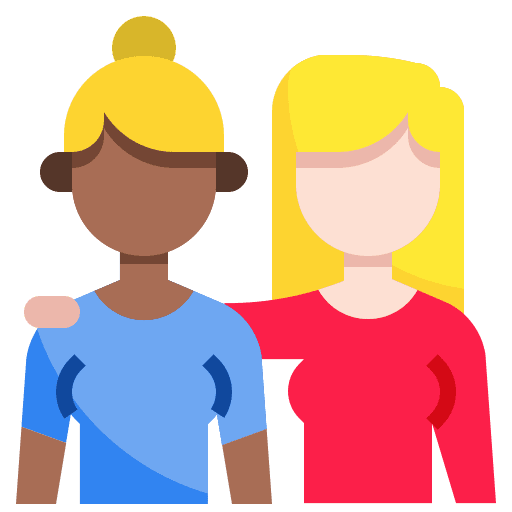 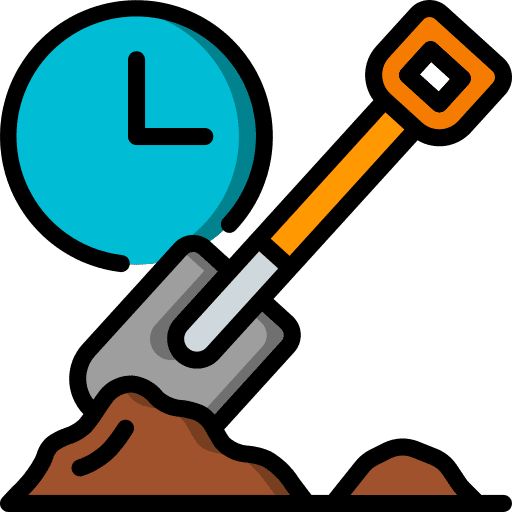 Plant bulbs in the autumn to a depth at least twice their height. Daffodils prefer well-draining soil that holds some moisture 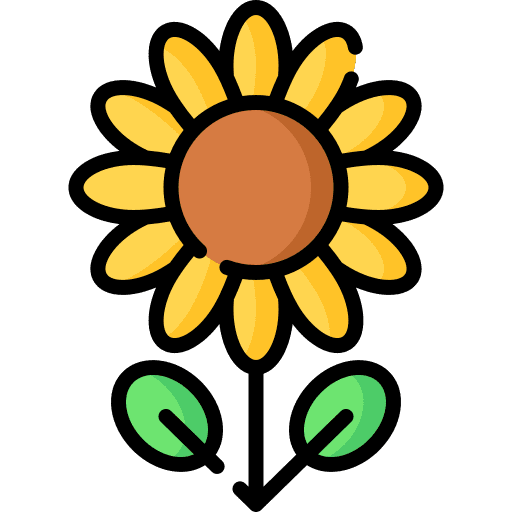 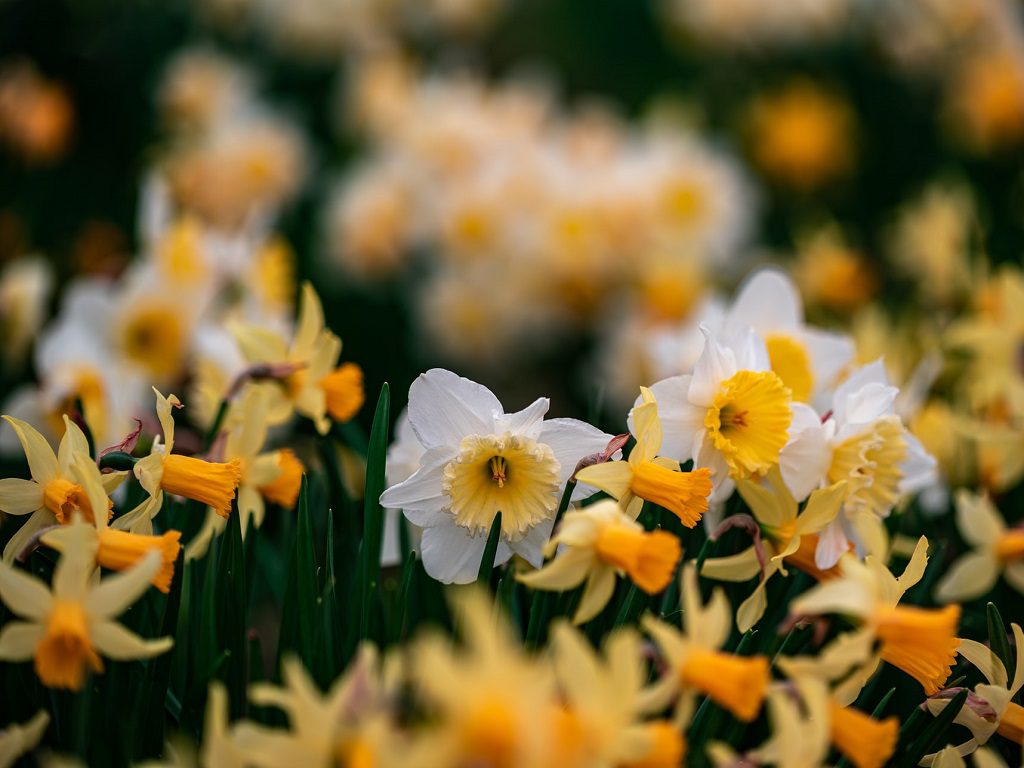 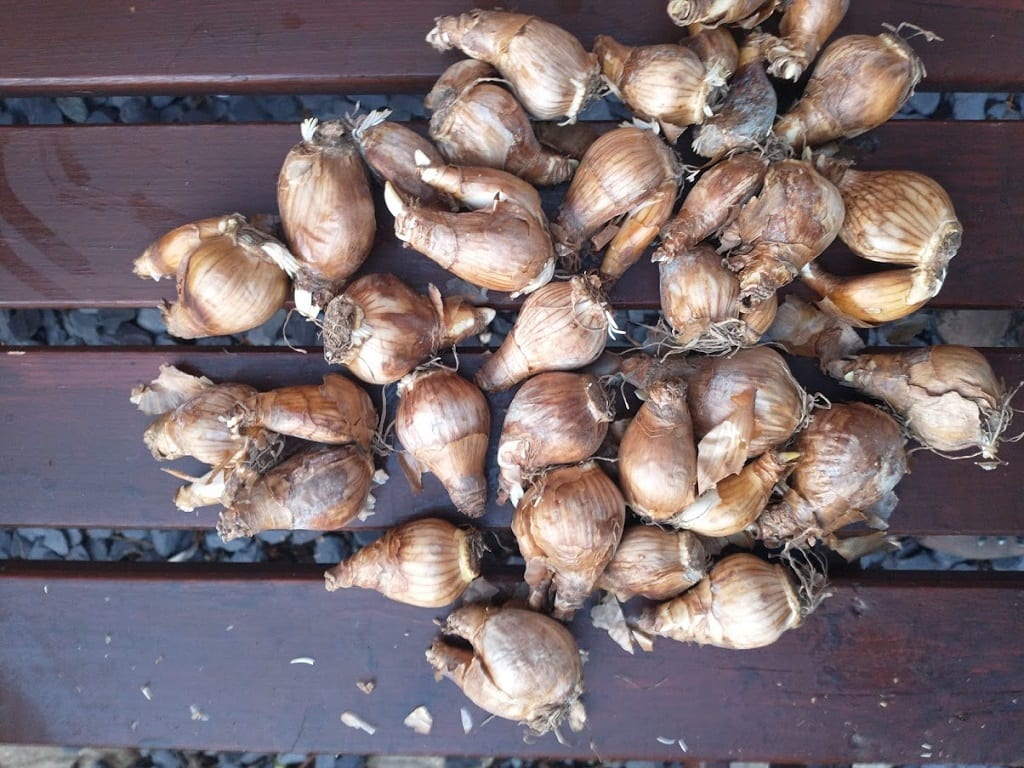 5 of the Best Daffodils for the UK

There are thousands of varieties of daffodils to choose from, and most will perform well in any part of the UK, but one thing to look out for is when they bloom.

By carefully choosing your daffodils, you’ll see flowers from as early as January up until the end of April.

Here are six of the best daffodils for the UK:

Early Sensation Daffodils (Narcissus Spring Dawn) – Another early bloomer that will flower in January or early March. Growing up to 40cm (16inch) in height and producing stunning all-yellow petals and flowers, this is the most popular early starter.

Golden Trumpet Daffodils (Narcissus “Dutch Master”) – This is the most popular variety in the UK and rises to 45cm (18inch) tall and produces golden yellow petals and trumpet flowers in March and April.

Jetfire Daffodils (Narcissus Jetfire) – Expect bright yellow petals and distinctive orange trumpets from this short daffodil that reaches up to 20cm in height. Jetfire’s bloom in March and April, and this shorter variety is perfect for pots, smaller beds and rockeries.

Jonquilla Daffodils (Narcissus Jonquilla) is our first pick for late spring, with flowers from late March into late April. Expect up to three bright yellow blooms, each with small cup-like centres, atop slim 30cm (12inch) stems.

Poet’s Daffodils (Narcissus Poeticus) – is one of the latest flowering daffodils, with blooms often appearing in late April and lasting into early May. Delicate white petals surround a small yellow bud-like centre with a red ribbon trim sitting atop 30cm (12inch) stems.

How to Grow Daffodils in the UK

How Do Daffodils Arrive?

Daffodil bulbs are lifted in early summer and sold from mid-summer into autumn.

They are usually sold in netting or in smaller plastic bags with vent holes.

The bulbs can be stored for several months, provided they are kept in a dark, cool place such as a basement or garage.

Where is the best location to plant daffodils?

Daffodils can be planted in pots, troughs, beds, borders and rockeries.

They are often planted in clusters or, if a row is preferred, in front of a flower bed.

Will daffodils survive the winter?

Daffodil bulbs will survive the UK winter provided they are not left in boggy soil where they may rot. They do not need to be lifted and stored, and most will come back year after year.

Do daffodils need a lot of sunlight?

Daffodils will thrive in full sun but will also put on a good show in part shade.

What soil conditions are best for daffodils?

Like most bulbs, daffodils may rot or suffer from diseases if left in soggy, saturated ground conditions. They prefer moist soil during the growing season, especially when grown in pots, but the ground should be well-drained.

A moderately fertile soil is best for daffodils, which means they will thrive in most locations.

When and how should daffodil bulbs be planted?

The bulbs should be planted to a depth at least twice their size and spaced 10-15cm (4-6inches) apart.

The best time to plant daffodils is in the autumn so they can set roots before the cold winter months.

Which pests and diseases affect daffodils?

The most common pests are slugs and snails, which are more likely to damage daffodils that bloom later in the spring.

This page lists some of the best ways to rid your garden of these pests.

There are several mites, flies and diseases that affect daffodils, and more information about them can be found on the Daffodil Society website.

When do daffodils flower and how long for?

Early daffodils will flower in January and late bloomers in April. Each variety will flower for around two weeks, sometimes a little longer.

Are there any special water and fertiliser requirements?

Daffodils are carefree and require only minimal care.

You don’t need to apply fertiliser which is optional, and they should only need watering if the soil is parched.

Daffodils grown in pots may require fresh compost yearly, and extra water as many containers dry out quickly.

Are daffodils toxic or harmful?

All parts of the daffodil are toxic, and care should be taken when handling or storing bulbs and cut flowers.

Daffodils can cause skin irritation, stomach upset, nausea and diarrhoea if swallowed.

More detailed information about toxicity can be found on the Poison website.

Table could not be displayed.

How to Care For Daffodils After They’ve Finished Flowering

Here are five tips to help you get the most from your daffodils, year after year:

1) Deadhead the blooms as soon as they’ve finished flowering but leave as much of the stem in place as possible until it decays away naturally.

2) Don’t cut back either the stem or the leaves prematurely as they send energy back into the bulb. This helps the bulb survive the dormant period and ensures it comes back strong next year.

3) Don’t tie the fading foliage in knots; many gardeners do this to tidy up their gardens but once tied, the leaves cannot photosynthesise and won’t be able to send energy into the bulb.

4) Many daffodils will naturalise; this means they’ll grow back year on year without any help from the gardener, but there is one drawback – daffodils get smaller and smaller each year, usually until they grow only a few inches high. If this happens, relocate the daffodils to a new spot. This is something you may need to do every few years or so.

5) Daffodils don’t need regular fertilisation, but a good spring feed with a low nitrogen feed can be beneficial, especially to mature daffs that have been in the same spot for years. Alternatively, top up the soil with compost, leafmould or other organic material in the spring. 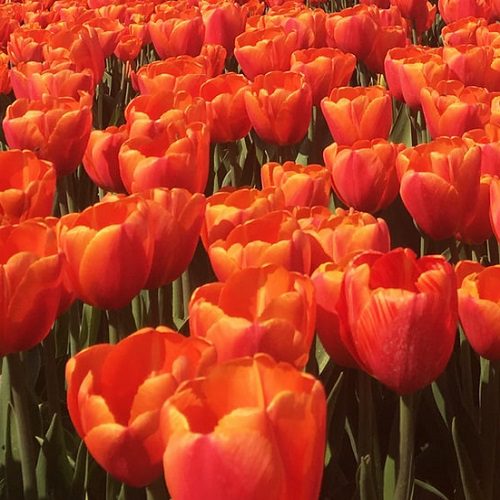 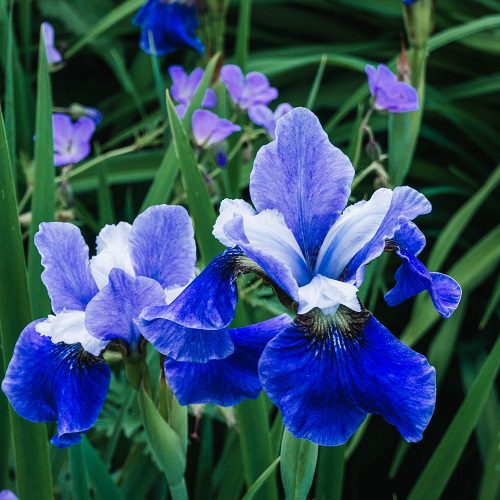 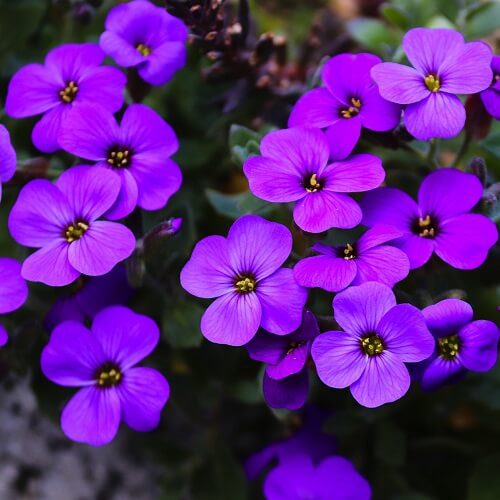 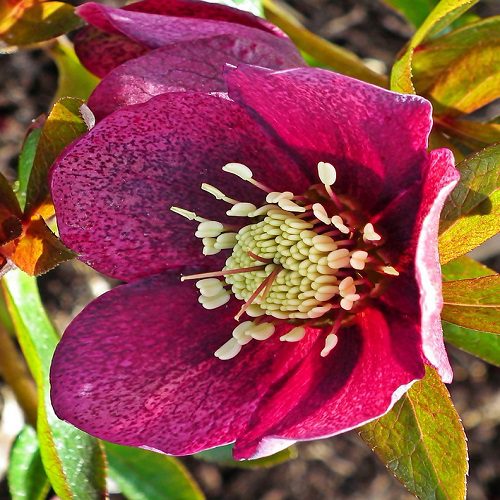 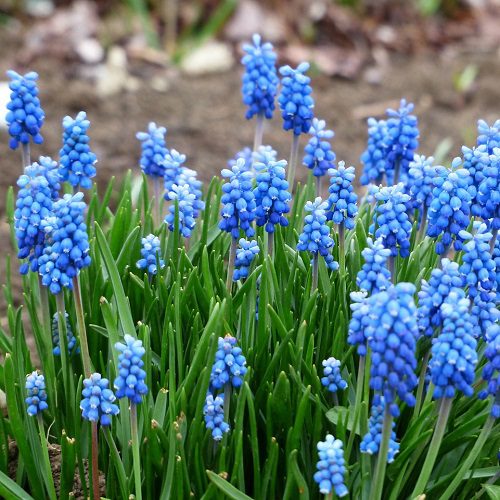 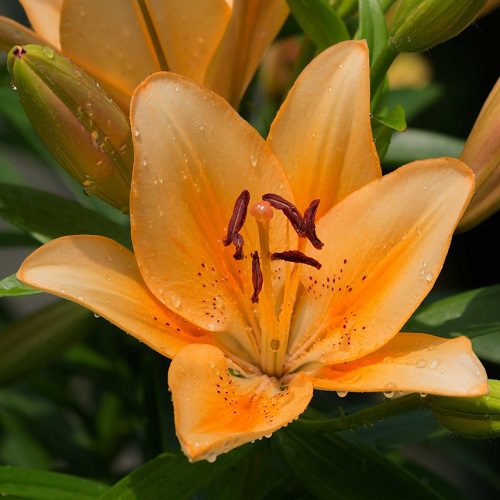 Here are some solutions to common daffodil problems:

There are several reasons why daffodils grow back small:

This is often because of:

This is becoming normal as the winters in the UK become milder.

Early growth shouldn’t be a problem for daffodils, but they can be lifted in early summer and buried deeper, up to 3 times their height in depth.

Daffodils Not Coming Up

If they don’t come up at all, this is most likely due to disease, rot, or theft by pests.

Explore related content from us here at DIY Gardening:

This guide to the best daffodils for the UK was created by Daniel Woodley here at DIY Gardening and was last updated in January 2022.

Daniel is a keen amateur gardener who also manages a large residential landscape in addition to his own mid-size garden.

The Best Plants for a Low Maintenance Garden

We think these are the best plants for a low-maintenance garden but of course, no plant is 100% maintenance-free. Explore our list today. Start Here

A shaded north-facing garden doesn’t mean you have to miss out on beautiful plants, explore our guide to plants for shaded gardens. Start Here

Say goodbye to dull, grey winters by choosing plants that produce colour all through the cold season. From annuals to perennials we’ve got plants you’ll love. Start Here.

This daffodil growing guide was published by DIY Gardening 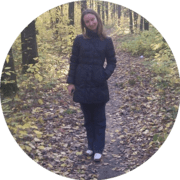