Home » Soil and Compost » Bulb Compost: What is the Best Compost For Bulbs?

The Best Soil and Compost Mixes For Bulbs

Welcome to another entry in the soil and compost section of the DIY Gardening website.

Almost all bulbs require well-drained and aerated soil or compost for them to thrive.

Bulbs hate soggy soil where rainwater doesn’t drain away quickly enough as this can lead to bulb rot, infections, poor growth and eventually the failure of the bulb altogether.

Check our guide to the best bulb compost and soil mixes below. These work well for us and should do for you too.

We’ll also list our favourite feeds and explain when, how and why we use them.

The Best Bulb Compost and Soil For Borders

We have two primary borders in our garden, one is elevated and the other at the lowest part of the garden.

When planting bulbs in our raised border, we don’t use any compost or grit at all. We just dig out the ground to the required depth, plant the bulbs and cover them with the soil; that’s it.

At the beginning of spring, just as the first shoots start to appear, we mulch the surface with a couple of inches of well-rotted manure. This is repeated for a second time in the summer.

From the beginning of March through to the end of September we dig in blood, fish and bone to the border every month.

That’s it, nothing else.

Unfortunately, our second border at the opposite end of the garden has very heavy soil and we’ve previously had issues with drainage and several plants have performed poorly.

Here we dig out the soil, mix it equally with one part compost and one part horticultural grit and then plant the bulbs, making sure there’s a good few inches of this mix under the bulbs.

This mix really helps with the drainage and stops the bulbs from rotting.

In the spring and again in mid-summer, we mulch by adding coarse compost to rotted manure. Blood, fish and bone are then mixed in every month during the growing season.

That’s it for our borders which contain lots of bulbs. 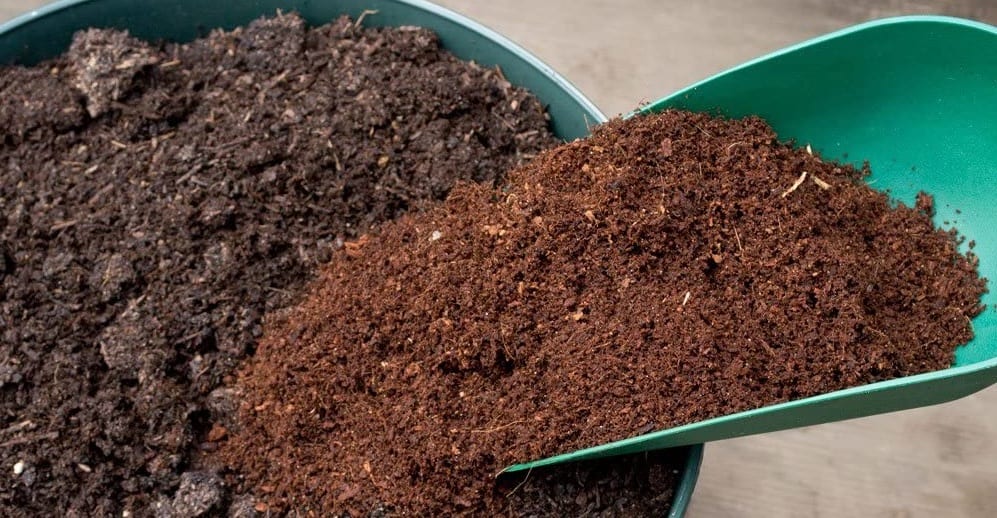 Bulb Compost For Pots and Containers

We have pots of various sizes in our garden:

All of our pots contain bulbs for spring, summer and autumn.

For the large pots, we fill the base with old bricks and hardcore for drainage and then fill the top with a mix of 4 parts multi-purpose coarse compost and one part grit.

The normal-sized pots we have are filled with about 2 inches of grit at the base for drainage and are then filled with a mix of 3 parts multipurpose coarse compost and 1 part grit.

The shallow troughs are more troublesome as there isn’t enough depth to add any grit at the base, so we mix 2 parts coarse multi-purpose compost and 1 part grit together, we’ve also drilled extra holes in the base of the trough for drainage.

All of our mixes include blood, fish and bone which we add periodically throughout the year.

All of the containers have holes drilled in the bases and the pots on our patio are raised on feet to help with drainage.

If you don’t want to mix your own compost, you can try commercial bulb composts which are generally quite fibrous as this helps with drainage.

Miracle-Gro’s bulb fibre has the perfect texture for bulbs to thrive and also contains the right amount of nutrients so the plant will be fed for the first three months. 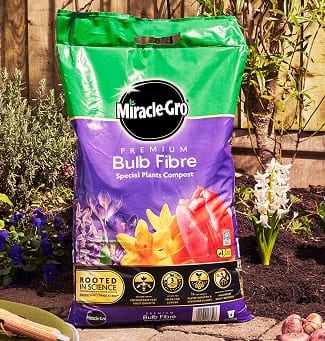 We really don’t want visitors to our site to spend money on unnecessary products but if you want to maximise the potential of your bulbs, try Mycorzial Fungi.

The Royal Horticultural Society claim that these fungi extend the root area of plants and can reduce the need for fertilisers and feeds.

They work by creating an extra network of roots that reach out and absorb more nutrients from the surrounding soil or bulb compost.

Mycorzial fungi are often used with high-value plants to give them the best start in life. You only need to apply these fungi once and the roots last the life of the plant so a small investment now can reap rewards for years.

We’ve tried this product before and so far, so good.

Is it worth it for bulbs? We’ll leave it to you to decide. 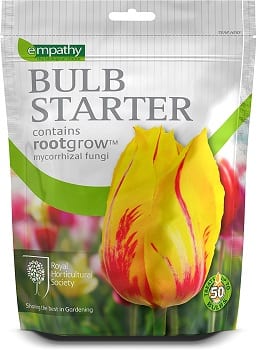 Are garden pests digging up your bulbs?

We’ve had a few battles with squirrels digging up our bulbs but last year found a great (and cheap) solution.

You don’t get much easier than this; we cut the wire into rectangular strips and inserted them into the trough.

We’ve seen a few valiant attempts by the fluffy rats to get at the bulbs but once they dig down to the wire, they go no further.

For bigger bulbs, wire with large gaps should be used, like the one shown in the photo below and also here. 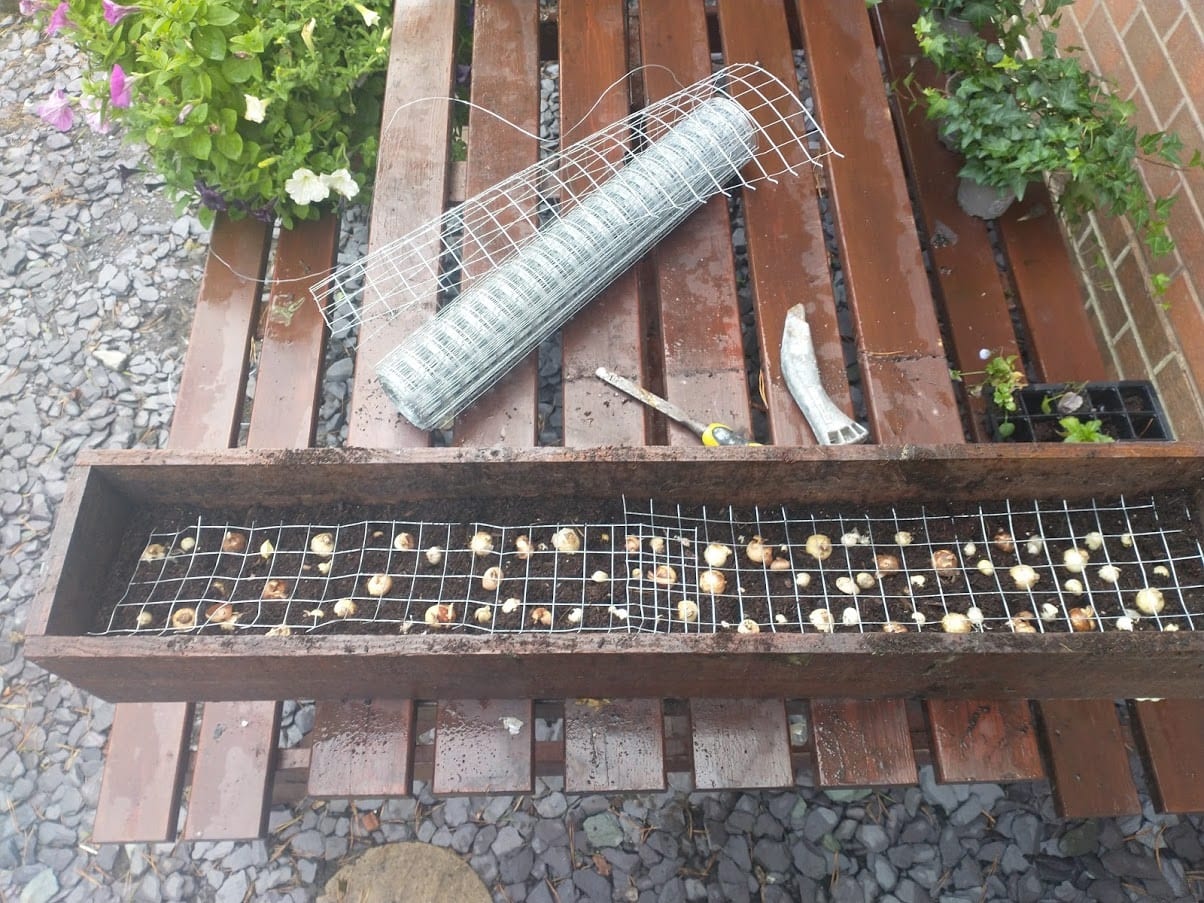 You might also be interested in our guide to garden soils or our tips on how to prevent spring bulbs from sprouting in the autumn or winter.

The team at DIY Gardening.

Read through our in-depth guides on how to deter cats, foxes, snails, slugs, squirrels and many other garden pests. Start here

How to Grow the Perfect Lawn

With our help, you’ll be able to grow a perfect, lush, green lawn in no time at all. Get started by exploring our lawn guides today. Start here